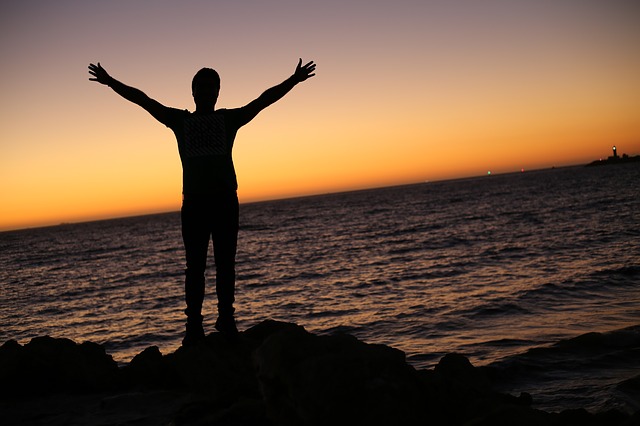 I’m going to begin a series of posts about experiencing God’s voice, and this is a HUGE subject that honestly could and probably should be a book, not a blog post.  Many have in fact written books on the topic, and some of them are pretty good, and some are not.   I wade into the topic with a fresh perspective — I have been through countless teachings and books on experiencing the Spirit and the voice of God and most of them didn’t seem to help me very much when I was trying to learn how to find Him in this way.  So in this series some of what I’ll do is look at the pitfalls of the various approaches that are commonly taught as “the way” to do this, as well as bring my own perspective into play of what I’ve learned along the way of bumped knees and concussions in trying to go on pilgrimage to this place.

The subject is so vast, and it will be hard to do it justice.  I’m very aware of my own lack of knowledge on this topic, and yet, I do know I have a small deposit of something worth sharing.  If you want to follow along, please pray for me as I write that I’ll be able to organize what I ought to say in some coherent fashion and that, as one stepping into some role as a under-shepherd of God’s people in trying to nurture my readers along, that I won’t leave anything out that needs to be said for the sake of safety and edification. 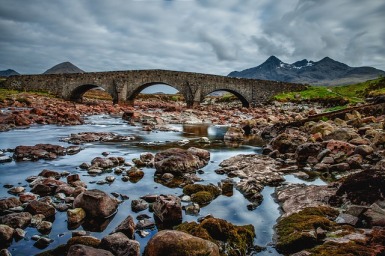 Safety — it’s an interesting word on this topic.   Realistically if you treat into these waters looking to stay safe, I’m afraid you’ve come to the wrong River.   Yet there are disasters that we can hope to avoid, even so.

Some of those disasters involve what happens when you put “hearing God” into the context of community.   Ironically, many people would point to community as the place of safety in learning to hear God, the idea being that community will keep experiments along these lines from going too far afield.  The problem is that often those surrounding us in community aren’t real good at hearing God either — they either quickly shut down things the Lord would want to do because it doesn’t line up with their expectations of Him, or, they themselves are the ones saying they are hearing from God and in the process abusing and manipulating others with what they say God is saying.   Hearing God is dangerous — hearing God in community is even more dangerous.   And yet, the folks that say we need community for safety are paradoxically also right — community really is the best place to tread into these waters, as Jesus and His Word dwell among us corporately.   As much as community can wound and trouble us on our journey, it’s still better to suffer those wounds and troubles than the ones we will end up with going it alone.

At any rate, I hope to do justice to all these pitfalls, and make a clear and balanced presentation of both the singular experience of experiencing God’s voice and the corporate dynamics of the gifts of prophecy and word of knowledge and wisdom and so forth.  I might never get done this series. 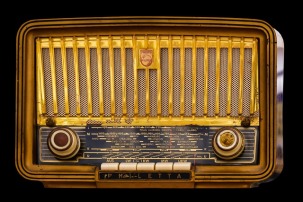 But let’s begin — why did I entitle this “Experiencing God’s Voice” instead of “Hearing God’s Voice?”  This begins my “fresh perspective” I hope to bring into this conversation.    When I first wanted to hear God, I wanted most specifically to be “led by the Spirit.” I initially didn’t even realize that the way the Spirit “leads” us is by speaking to us!   But I had no idea what avenue, or channel, or sense, or experience would actually constitute being “led.”

When people talk about “hearing” God, folks new to the experience can often assume we are talking about “hearing voices” or at least, a Voice.   And, we are.   But the fact is that God’s voice is not really all experienced auditory.   The auditory experience of His voice is a real one, and one I’ll be discussing as we go forward, but realistically the Lord Himself is not simply transmitting in audio, although he can definitely be found on the audio frequencies.   But if we think we are only meant to “hear” His voice, then figuratively speaking we start to search for Him on the AM/FM dials, hoping to pick up only some sort of “sound,” and while He can be found there, searching for Him only as audio not only blocks out the fulness of His “signal” but also ironically leaves us more open to confusion and deception in trying to hear Him.   Realistically, the Lord is like super-broadband, transmitting on so many wavelengths all at once — He’s like a star in the Cosmos that you can view in infrared, radio, UV radiation, and visible light, and gravity waves all at once, or a broadcast station transmitting internet, HDTV, FM audio, and cellphone signal all at once.  Likewise, He is not just speaking audio, but He speaks thought-to-thought, He speaks in visions, He speaks forth a sharing of the sense of His emotions, He speaks forth dreams, He sings, He laughs, He gives forth His fragrance and extends His love and peace and anger and pleasure and displeasure and His glory and strength and healing and power; He expresses Himself with various extensions of His spirit and personhood to us.

God’s utterance, is, in fact, Himself.   His voice is the going forth of who He is, and as He is Spirit, we can only know Him Spirit to spirit.  (I’m aware and tracking with you when saying such a thing creates a problem for us when we don’t even know what or where our own spirit is within ourselves.)   But His voice isn’t just “voice.”   After all, does a Spirit have a mouth or vocal cords? 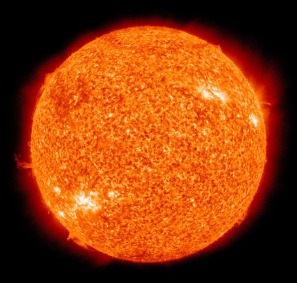 But just like our Sun has an outer atmosphere which is part of it, yet there are deeper layers still, experiencing the Voice of the Almighty has layers.   He is extended to us at all times with a constant stream of His Spirit, pouring forth from His being, but there are experiences one might have with a solar flare which would be altogether different from touching the plasma surface of His burning, and different yet again from experiencing the substance of His core, even though His core drives forward and is one substance with all we might experience at any part of Himself.

Yet God is not an unfeeling, inanimate object like a star (no offense meant to any stars out there.).  Analogies have their limitations.   All of which to say — God is transmitting on too many wavelengths to merely talk about “hearing” His voice as if it would all be auditory or even all words, even though, “hearing” is what all of his communication, whether verbal or nonverbal, can be spoken of in a certain broad sense. 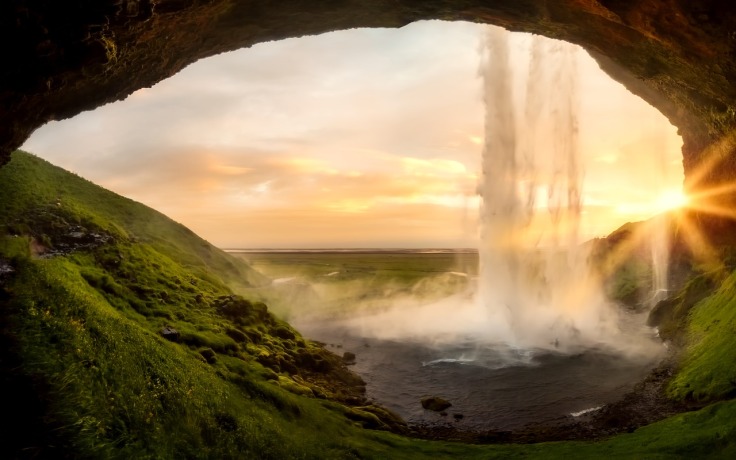 There is a stream that comes out from the throne of God.  It never stops, and even though for many of us an experience from God is a rare and isolated event, unpredicated by anything we know how to control, the stream coming from the throne is nonstop, and God is “speaking” to us constantly.  This is the same stream that Jesus spoke of being within believers when he said, “If anyone is thirsty, let him come to Me and drink. Whoever believes in Me, as the Scripture has said: ‘Streams of living water will flow from within him.’”

We just need to learn how to drink from the stream more consistently and consciously, instead of rarely and accidentally.  It is a stream of living water; throughout the Bible, both “life” and “water” are motifs associated with God’s words.  Put together, “living water” refers also to the Holy Spirit, who is made of the same substance of the God who is Living Word, but the Holy Spirit is unique in being the part of God that extends to us and abides within us, and thus carries the rest of God — all that He is, His Words and His thoughts and emotions and voice and personhood to us.  Thus Jesus said that the Holy Spirit would “take from what is mine and make it known to you.” 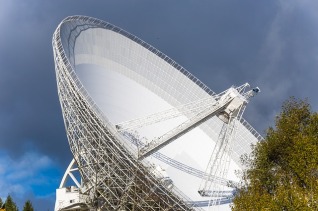 In some words I think of the Holy Spirit as being like the “carrier wave” of a radio station; in radio,  the “sound” of the station is wrapped up and embedded in the transmitted carrier wave and when the wave arrives at your receiver, the “sound” is part of but can also be decoded out of the wave.  The Holy Spirit is the extension of Heaven from God’s throne to the innermost part of us, and He abides within us individually and among us collectively when we are gathered together in tune with Jesus and His Father and each other.

God can be felt (which is a problem if you’ve always been taught to be wary of “feelings” and “impressions” and “sensations.”). And yet, in wanting to be open to feeling Him, we must also be aware the balance is that most feelings are not Him.   And God can be heard, and yet most voices are not His.  God can give visions and dreams, and yet not all dreams or visions are from Him. 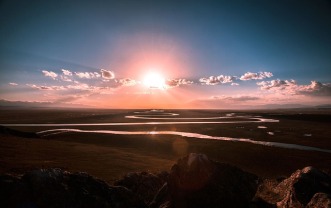 And He can be manifested in miracles, appearances, experiences, and all sorts of things from flashes of inspiration to creativity to peace to joy to overwhelming love to heat to shakings to too many things to list.   All of it, when legitimate, is an experience of His Voice.   The stream is broad, and so is God’s wavelengths of speech towards us; the stream is powerful, and so is the effect of His Voice where it is made known and received; and the stream is deep; taking us to deeper and deeper experiences of communion with His person.

But all of this we will delve into.   Why do some people get prayed for at the altar and while everyone else is falling down shaking, nothing ever happens to them?   Why can some people hear God easily and others are left with their own thoughts?   Why does music seem to bring some people easily into God’s presence and others can’t stand singing?   Why do we talk about God’s presence as something you can experience when the Holy Spirit is in everyone who knows Jesus regardless of feelings?  And how do you know if someone’s prophesying is real or not?   Is it just a matter of “comparing what they said to the Bible” when the Bible doesn’t say anything at all about that person’s word they gave you that you need to drink orange juice every day for the next week?   And what about “signs” and “confirmations?”   And while we’re talking about the Holy Spirit and our spirit, and angels and demons and the like, what is “a spirit” anyway? 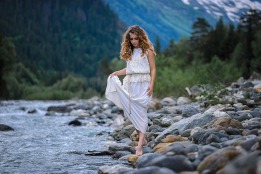 I’m going to wade through all of it.  Here’s hoping you are with me on the journey.  And please pray especially the Lord grants Himself to me as I write, as it is after all, all about Him and that is the real journey.