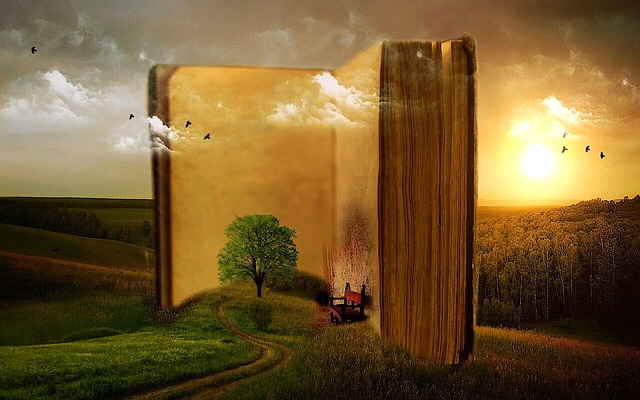 One of the first accusations that gets thrown at folks, like me, who believe in God and Jesus and openly state acceptance of the theory of evolution is that we “don’t believe the Bible.”   This accusation comes in other forms – sometimes it is that we are “cherry picking” the Bible, “picking and choosing” what to believe and what not to believe, “not believing God’s Word,” etc.

If such a discussion is happening rapidly on a Facebook thread and time is limited, my initial reply to such a thing will usually be to say, as I did the other day, “Not reading Genesis literally doesn’t mean you don’t BELIEVE Genesis or the Bible. I very much believe it, but because I believe it, I don’t believe God wants us to read it as history, but as spiritual lesson.”

This sort of reply is brief because I don’t always have the time to flesh out on a Facebook discussion everything I would say on a matter, and as such it can come off as a convenient claim without much justification, so I thought I would write this post so that in the future I can just post a link to this instead and have a much more extensive explanation of such a position waiting in the wings.  🙂

First of all, even the people who criticize others for “cherry picking” the Bible need to recognize that NO ONE reads the Bible without making decisions on what parts to read as absolutely literal truth, and what parts to read as metaphor or parable or poem or what-have you.   And anytime you are making decisions on reading one part of the Bible in one way, and another part in another way, someone somewhere is going to accuse you of “cherry picking.”

Even if you are making every attempt to reconcile two verses into being able to be read with both somehow being valid while on the face of it, they seem contradictory, someone might come along and point to one of those verses with a hard, literal, unyielding stance and say, “Why are you mitigating the cold hard truth in this verse and explaining it away with the other verse?  You’re not taking this verse seriously enough.”

For instance, how do you view the apparent contradiction in the following two verses?

Perhaps they will listen and each one will turn back from his evil way, and I will change my mind concerning the calamity that I intend to bring on them because of their evil deeds.”—Jeremiah 26:3

Or what about the type of contradictions one encounters here:

Then Moses went up, also Aaron, Nadab, and Abihu, and seventy of the elders of Israel, and they saw the God of Israel. And there was under His feet as it were a paved work of sapphire stone, and it was like the very heavens in its clarity. But on the nobles of the children of Israel He did not lay His hand. So they saw God, and they ate and drank.  ~ Exodus 24:9-11

When you read verses like these and try to understand how to deal with the seeming contradiction, you have four real choices you can make:

1) USE HERMENEUTICS AND INTERPRETATION:
You can either try to come up with an interpretation that allows both of them to work with each other and both be valid, but this will always mean that the interpretation of at least one of the verses, if not both of them, will not be able to be “how it initially appears on the surface.”  In other words, you will have to dig for a better explanation than is the immediately obvious-seeming interpretation most people would have upon first reading these verses – opening you up to accusations of “twisting the Bible” or “cherry picking.”  And by the way, this also includes when you state that the Holy Spirit helped you understand the Bible, and how these two verses work together – that is still in this category.  And trying to understand what the original authors were thinking and trying to communicate when they wrote something, and what God intended their words for subsequent generations to mean, are part and parcel of an earnest attempt at right interpretation.

2) USE TEXTUAL ANALYSIS:
You could actually cherry-pick.   That is, you could decide that one or both of these verses is not in the original text, or that one of these scriptures or both of them doesn’t actually belong in the Bible (for instance, the Samaritans don’t believe the book of Jeremiah belongs in the Bible at all, so if you were a Samaritan the first set of verse contradictions is easily solved.)  This entire category might sound horrible at first, but realize that almost every study Bible anyone has in their home has footnotes on certain verses that say, “Earliest manuscripts do not include this passage in the text.”  There are sometimes very valid arguments to be made about how a particular verse or passage or even book of the Bible came to be part of the Bible.   The well-known story about the woman caught in adultery is one of these disputed texts, and some of Paul’s statements on the role of women in the church have discussions of these sorts revolving around them.

3) ATTEMPT NO EXPLANATION:
You can decide that it’s “just a mystery” – and offer no explanation for how these things work, but just state, “I believe the Bible, even if I can’t explain why the Bible seems to be saying that God changes His mind and that He doesn’t change His mind.”   This is the “safest” position from being accused of most cherry-picking, but, it also leaves one with no ability to say what the Bible actually is saying, no real ability to teach others what is really true of God on this topic.

4) DISMISS THE BIBLE:
You could dismiss the entire Bible as being any sort of coherent or authoritative document, and happily take on the label of “not believing the Bible” as a badge you wear proudly.  And, many people actually DO take this option.

But, I think it’s important not to accuse people of the wrong thing.  It is a false accusation to say that someone is “not believing the Bible” when they are someone in category 1, who is doing everything they can to figure out how to read the Bible correctly, or even in category 2,  where they are making a valid and earnest effort to make sure they are reading the text as appropriately transmitted to us.   People making interpretative decisions (category 1) or textual decisions (category 2) are quite distinctly not the same as people who “do not believe the Bible” (category 4.)    (Category 3 people are mostly in a monastery somewhere, so we’ll just let them have their realm as somehow distinct from the conversation at hand.)

It seems that if someone can’t imagine HOW someone could accept evolution and read Genesis with faith, that their lack of experience and imagination in this arena translates into a knee-jerk assumption that anyone who doesn’t read Genesis the WAY THEY DO – as a literal, historical account – doesn’t “take Genesis 1 and 2 seriously.”

But there are actually quite a few different options as to how people can read Genesis 1 and 2 – methods that are quite consistent with hermeneutical arguments people make for how to read other parts of the Bible. 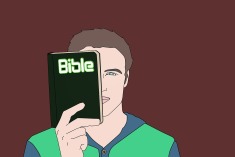 For instance, it is often said that one knows not to read certain parts of the Bible as literal history, because that part of the Bible is explicitly poetic.   But there are quite a few reasons to note that Genesis 1, for instance, is a poem.    This is one aspect of reading Genesis that could be argued as consistent with mainstream hermeneutics when reading Genesis.  (The Institute for Creation Research by the way out-rightly denies that Genesis 1 is a poem, but, I disagree with them.)

My own position towards Genesis is much more involved, but it has to do with a belief I have in approaching the text that the text of the Bible itself contains numerous places where the reader is enjoined to note that the Bible functions very differently from what modern expectations of how to read the text would have us assuming.   And that is a subject for other blog posts and lightly touched upon in some I’ve already written.

– My own position: Why taking the Bible seriously, also means taking seriously its own internal demands and instructive examples to not always be read “literally.”

Follow All Things are Yours on WordPress.com
Join 514 other followers